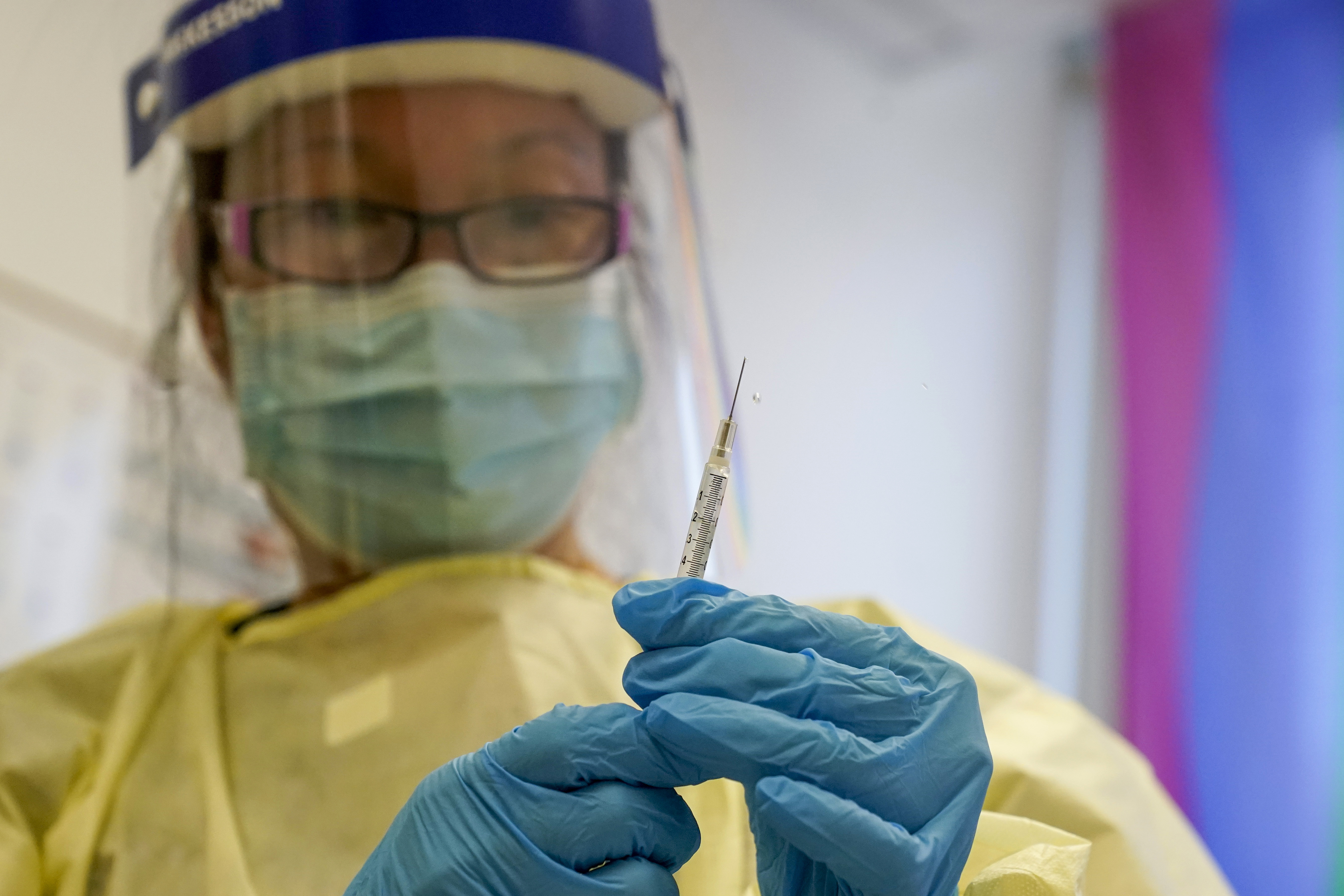 The Biden administration’s strategy for stretching scarce monkeypox shots is instead leading to fewer vaccinations and could worsen racial health disparities.

The federal government last week slashed the number of vials states received in anticipation of each being able to vaccinate up to five people per vial instead of one.

But health officials in half a dozen states told POLITICO that they are routinely able to extract only three or four doses per vial, meaning they were able to vaccinate fewer people last week than if the federal government had made no changes at all because of the drastically reduced allocations.

These officials have had to scramble to reorganize their vaccination efforts — canceling clinics, rescheduling staff and delaying plans to expand eligibility.

And, even though the federal government made more vaccines available for states to order on Monday, states warn that they still do not have enough doses to contain a rapidly spreading outbreak that has infected nearly 16,000 people to date as public health experts fear the window of opportunity for stopping the virus’s spread is closing. 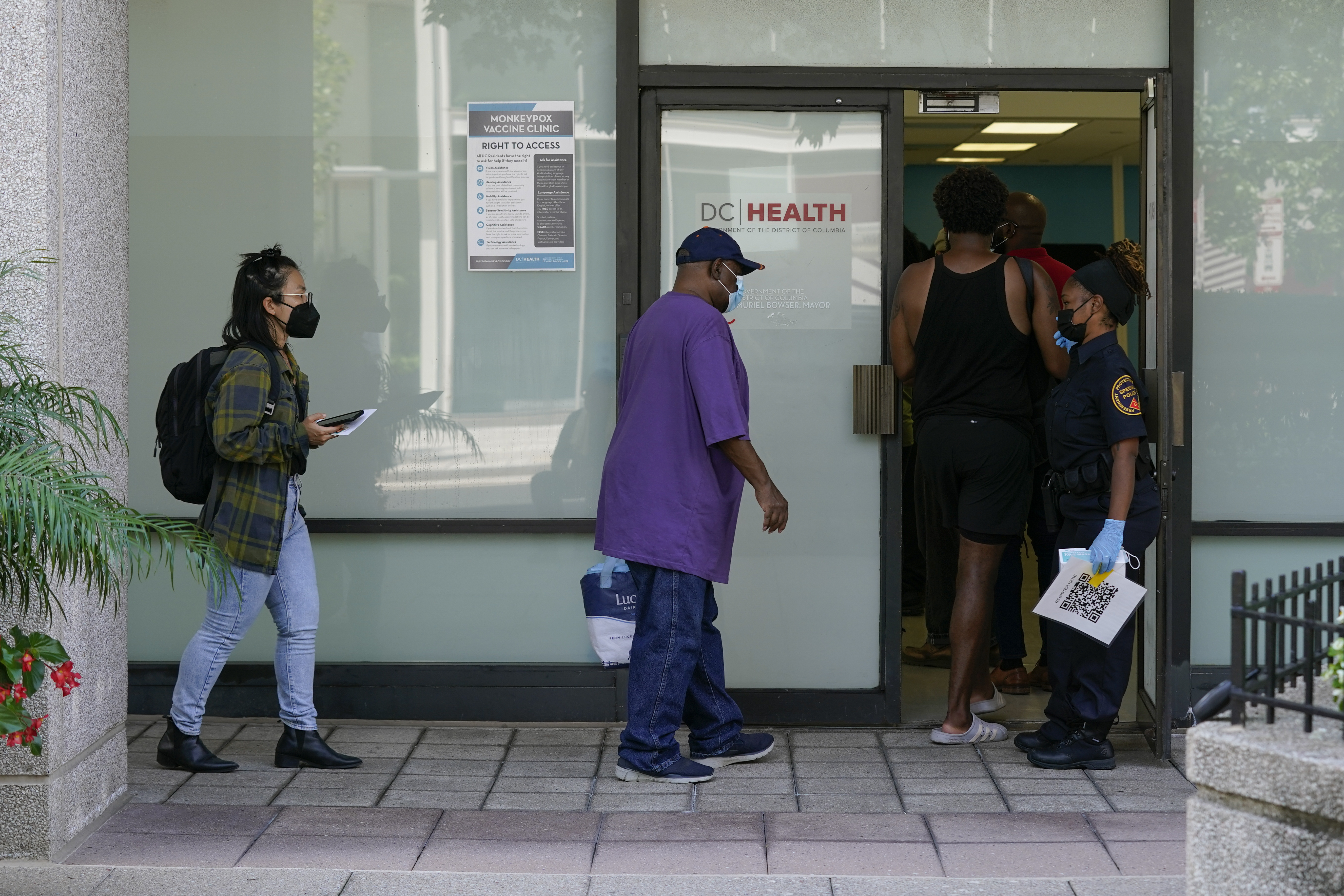 “The federal government has patted themselves on the back for how they’re accelerating the delivery of vaccines,” said Patrick Ashley, senior deputy director at Washington, D.C.’s Department of Health. “What they did is they moved numbers around.”

In Washington, D.C., which has more monkeypox cases per capita than anywhere in the U.S., health officials anticipated the new dosing strategy — where a smaller amount of vaccine is injected into the outer layer of the skin — would allow them to stretch the 12,000 vials they had been promised to 60,000 doses; instead, they received 2,400 vials, a fifth of the original number. And when the latest vaccine allocation came early this week, they were allotted about 4,000 vials.

That’s left D.C. with a little more than half of the vials it was expecting. And providers are only “occasionally” able to get five doses out of a vial, Ashley said.

It’s the latest hiccup the administration is facing amid broad criticism over its monkeypox response, its messaging to LGBTQ communities about the virus’s risks and its failure to supply enough vaccines to immunize those most susceptible to contracting it.

“This week has been frustrating just because you think you’re getting a certain amount, it’s not that much, and then you can’t get as many doses out of the vial,” said Marcus Plescia, chief medical officer at the Association of State and Territorial Health Officials. “This is probably going to result in some chaos out in the field where people are getting turned away because they run out.”


Federal health officials emphasize that this is not a static public health response, and say they are continuously coordinating with states and cities to make sure they have the vaccines they need.

“We are working very hard to make it clear that if you are in a supply-constrained atmosphere, you will get more supply,” a senior administration official told POLITICO, speaking on the condition of anonymity to discuss sensitive details of the administration’s monkeypox response.

Though states are being sent vaccines based on a five-doses-per-vial calculation, the administration recognizes that some practitioners are not getting all five doses, and is encouraging states to submit data on the vaccines’ administration so it can adjust its response if needed, the official said.

Nevertheless, some public health experts are criticizing the federal vaccination strategy for forcing state and local health departments to scale back their vaccine outreach when they should be ramping it up. And some fear the approach could widen already stark racial disparities in monkeypox cases because Black and Latino people have higher rates than their white counterparts of a skin condition that makes them ineligible for intradermal administration.

“The move to intradermal was meant to increase supply so that public health officials could quickly extend protection to as many people as possible,” said Caitlin Rivers, senior scholar at the Johns Hopkins Center for Health Security. Instead, “state and local health departments and their constituents are getting less.”


In Seattle, health officials have limited the number of first doses they planned to administer and delayed second doses. In Portland, Ore., the health department is warning that its supply is “still very limited.” And in Philadelphia, city officials scuttled plans they had made to significantly ramp up their vaccine operations in preparation for the switch to intradermal dosing.

“Our plan was ready to go to do this massive expansion, and we had to call everybody back and say, ‘Put a hold on that. We’re not getting additional doses out of this. We’re getting the same amount of doses, we just have to use them in this split way,’” said James Garrow, a spokesperson for Philadelphia's public health department. “Everybody expected to see this wide expansion of eligibility and now it isn’t happening.”

And while federal health officials made an additional 360,000 vials, or up to 1.8 million doses, available to states to order on Monday — ahead of schedule — states say the allocation represents just a fraction of the vials they were counting on a week ago.

“The challenge that we’re most concerned about [is] the overall limitations on vaccine supply,” said Jess Nelson, a spokesperson for Washington state’s health department.

Federal health officials say that they’re trying to nimbly respond to a fast-changing situation. They say the new fractional dosing strategy, and the policy changes that accompany it, are necessary steps to respond to an evolving outbreak with a limited vaccine supply.

The plan is partly based on a 2015 study from the National Institutes of Health that showed that administering a two-dose series of one-fifth of a vial of the monkeypox vaccine between layers of skin is at least as effective as a subcutaneous injection with the one-vial dose.

Last week, the federal government started sending out vaccine orders to states based on the calculation that there should be five viable doses in each vial. At present, a jurisdiction cannot order more vaccines until it has used 85 percent of its current supply.


In some places, practitioners say the rollout is working as planned.

Across Los Angeles, St. John’s Community Health has administered hundreds of vaccine doses per day under the new strategy at clinics in Black and Latino neighborhoods, both communities that are disproportionately impacted by the outbreak.

Jim Mangia, president and CEO of St. John’s, said the clinics’ staff easily pivoted to intradermal administration, as they were already familiar with the technique from a similarly administered TB test. He said they have also consistently extracted five doses per vial, because they have syringes with the right specialized needles on hand. (Some more common types of needles leave a small amount of vaccine behind after each dose, therefore making it harder to get the full five doses from each vial.)

“It’s a total game changer,” said Mangia. “It allowed us to vaccinate more than 1,500 people in the last week.”

In other clinics, where staff hasn’t been trained on intradermal administration, or that don’t have the right needles on hand, catching up with the changing federal guidance has been harder.

In North Carolina, which mandated all practitioners switch to intradermal dosing beginning next week, David Wohl, a professor of infectious disease at the UNC School of Medicine, said UNC hospitals are “scrambling” to train staff at clinics to administer the vaccine by the deadline.

“Is it impossible? No,” Wohl said. “Is it another series of hoops that we have to jump through? Yes.”

Some local health officials and providers are particularly concerned about the impact of the new federal vaccine allocation strategy on Black and Latino men, who make up the majority of known monkeypox cases in the U.S. but are the least likely to be vaccinated.

Wohl said he thinks the intradermal dosing may work, but the sudden shift has communities of color wondering whether they’re being offered an inferior vaccine.

“When we change things mid-course — when we move the goalposts or change the rules of the game — people get frustrated,” he said. “People are saying now in some of our outreach efforts, ‘Wait a second, you're now reaching out to Black and Latino communities and you're giving us a fifth of the dose that you gave to the white people? What's up with that?’”


Others worry that the new federal allocation strategy assumes states will be able to get five doses out of each vial when some people may not be able to receive the vaccine intradermally — including people with a history of keloid scarring. Keloids are more common among dark-skinned people of African, Asian and Hispanic descent, where the incidence of the skin condition ranges from 4.5 to 16 percent.

People with a history of keloid scarring can still receive the monkeypox vaccine, but one-fifth the dose will not suffice. Local health officials said that wouldn’t be a problem if they had received the full allocation they were expecting, but, with limited vaccines, repeated subcutaneous shots could quickly deplete supplies — especially as they work to boost vaccination rates in communities of color.

“There are internal conversations we’ve had about how best to manage that because in Philadelphia, according to data we just published, the majority of our cases are in Black Philadelphians, and they’re more likely to have keloids,” Garrow said. “We don’t want to say, ‘Well, you just don’t get one now.’”

The administration has said it will work with states to adjust vaccine orders if they have to administer a large number of full doses.

And since the Food and Drug Administration’s emergency use authorization for the vaccine earlier this month, the Centers for Disease Control and Prevention has released information to help states and cities train providers how to administer the new dose, as well as holding training calls with practitioners.

“I hope as providers get more proficient with the technique, this will improve,” said Claire Hannan, executive director of the Association of Immunization Managers.