Most DeSantis-endorsed school board candidates win their Florida primaries 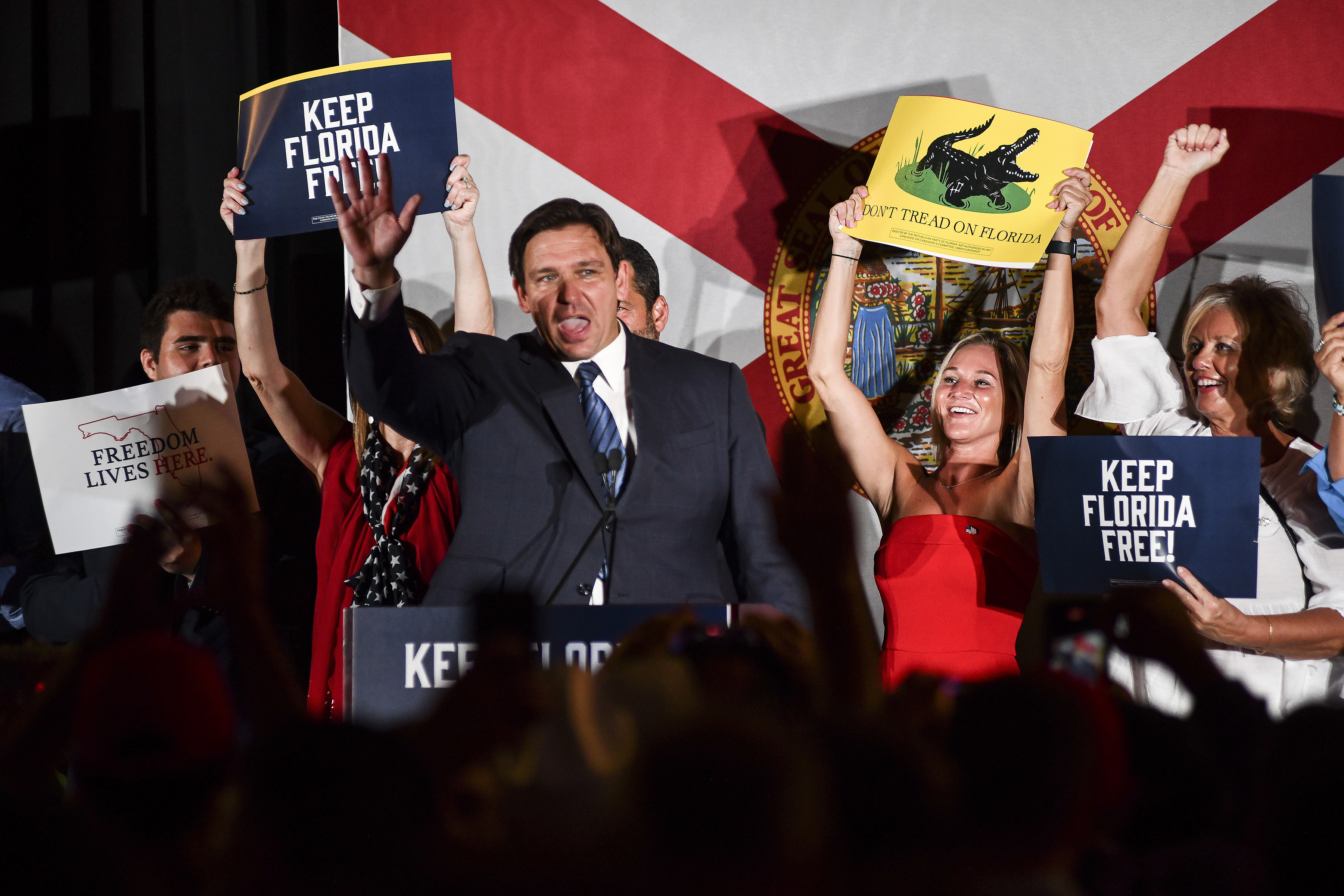 TALLAHASSEE, Fla. — The majority of local school board candidates backed by Gov. Ron DeSantis — at least 21 out of 30 — won their elections Tuesday, results that underscore how the Republican governor’s stance on education has gained support throughout Florida.

In particular, conservative candidates who DeSantis endorsed won at least four of the seven head-to-head elections against opponents supported by Democrats, decisions that could spur new school board dynamics in several counties. On top of the victories by DeSantis, four other races featuring candidates with his support are slated to square off in runoff elections.

“Florida has led with purpose and conviction that our school system is about education, not indoctrination,” DeSantis said Tuesday on Twitter.

Florida Republicans, led by DeSantis, this election cycle poured thousands of dollars into school board races and offered up endorsements in historically non-partisan races to push their education policies to the local level. As a result, Democrats followed suit by endorsing candidates of their own, setting off a new elections battleground.

Conservatives ran on a platform highlighting parental rights, school choice and transparency around what students are learning in school, particularly on the topics of race and gender identity.

Democrats, meanwhile, fought against DeSantis drawing attention to the teacher shortage gripping Florida and student test scores that show a drop off since the pandemic.

In Sarasota County, candidates backed by DeSantis won three races, which is sure to have a major effect on a school board that last fall was one of several to buck DeSantis and other GOP leaders by requiring students to wear masks amid the Covid-19 pandemic. Voters there elected two new school board members and reelected Bridget Ziegler, who is married to the vice chair of Florida’s Republican Party.

"The Community has spoken & it is crystal clear - they are demanding a reset of the School Board," Ziegler wrote on Twitter after her win. "And that’s what they are going to get."

DeSantis-backed candidates also scored big wins in Miami-Dade County, another school board that went against Republicans on masking students.

In one race, Monica Colucci, an educator with GOP support, defeated Marta Perez, a 24-year school board member despite raising about $70,000 less than her opponent. Colucci scored more than $42,000 in donations from political committees tied to conservatives, including state lawmakers from all over Florida like former state House Speaker Chris Sprowls (R-Palm Harbor) and incoming Speaker Paul Renner (R-Palm Coast).

"Thank you to every single volunteer and to all the voters of District 8 for trusting and supporting me during this process," Colucci wrote on social media. "I will work tirelessly on our School Board for all students, parents, and teachers in #MDCPS."

Also in Miami, Roberto Alonso beat Maribel Balbin — a Democrat candidate — by more than 8,300 votes. Democrats, who endorsed at least 30 candidates between the main party and elsewhere, also had some success Tuesday.

Notably, Karen Perez, an incumbent board member in Hillsborough County, defeated Alysha “Aly Marie” Legge, who was endorsed by DeSantis and a member of the conservative parental rights group Moms for Liberty.

In trying to reach voters, Democrats attempted to call attention to issues such as the DeSantis administration’s hardline on classroom materials, which Republics are strictly vetting for traces of “critical race theory” and references to sexual orientation.

“I do think it’s energized a different segment of the community to come out,” said Andrea Mercado, co-executive director for the progressive activist group Florida Rising.