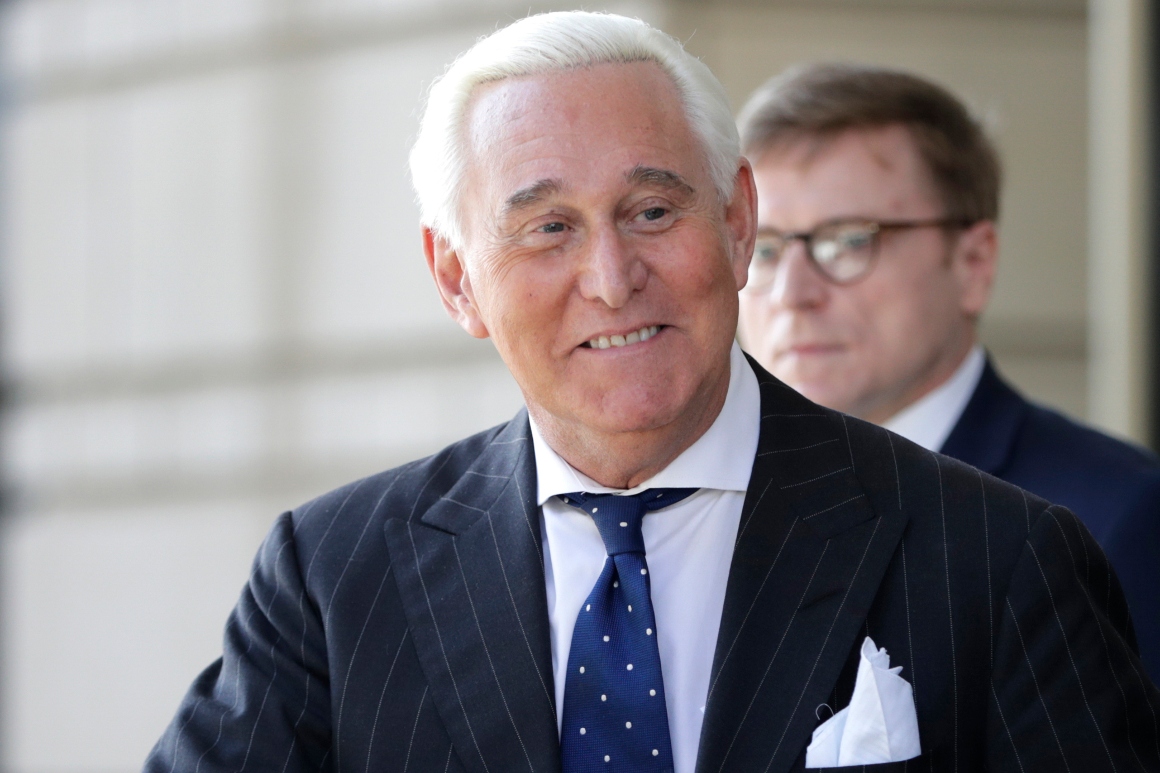 Aides to the Jan. 6 select committee traveled to Copenhagen last week to review documentary footage related to Donald Trump ally and pardon recipient Roger Stone, according to two people familiar with the trip.

The select panel aides viewed portions of more than 170 hours filmed by a Danish documentary crew led by Christoffer Guldbrandsen. That team, known as The Ark, tracked Stone for long stretches of time over two years — including on Jan. 6, 2021, as a mob swarmed the Capitol in an effort to keep Trump in power.

The research trip to Denmark is the latest indication of a still ongoing and active investigation by the Jan. 6 committee, even as it nears the release of its final report and legislative recommendations this fall. The panel has signaled it intends to maintain its aggressive pace through the end of the current Congress: Jan. 3 of next year.

A spokesman for the Jan. 6 select committee declined to comment on the Copenhagen visit.

Court filings connected to the criminal cases arising from Jan. 6 have shown that several members of Stone’s personal security detail on the day of the riot by the former president's supporters were members of the far-right Oath Keepers, including some whom the Justice Department later charged with seditious conspiracy. But Stone has maintained he had no awareness of any plans to attack the Capitol.

“Their assertion is that simply because I know members of the Proud Boys and came in contact with members of the Oath Keepers, means I must have had some advance knowledge of the illegal activities of some of their members on January 6th,” Stone said in a July fundraising pitch to supporters. “This is false and there is no conversation, phone call, text message, encrypted message, witness, or documentary film footage that would prove otherwise.”

The Washington Post first reported on the details and substance of Guldbrandsen’s footage for his upcoming film called “A Storm Foretold,” as well as subsequent requests by the select committee and Justice Department to obtain it. Guldbrandsen declined those voluntary requests, the Post reported in June — the committee had not issued subpoenas — in part because he was finishing the film, but also to protect what he described as the journalistic integrity of the work.

It's not clear whether either DOJ or the Jan. 6 committee has since issued subpoenas for his film. However, the panel has obtained hours of raw footage from at least two other documentary filmmakers — British documentarians Nick Quested and Alex Holder — after issuing subpoenas. Quested testified live at the select committee’s first major hearing in June.

Stone is one of Trump’s longest-running political allies, an often-shadowy adviser whom a jury in 2019 convicted of obstructing congressional investigations into links between Russia and Trump's 2016 campaign. Trump pardoned Stone for that conviction two weeks before Jan. 6.

Guldbrandsen’s footage from Jan. 6 includes video of Stone in his hotel room watching parts of the attack unfold. Among those seen in the room: Joshua James, an Oath Keeper who has pleaded guilty to seditious conspiracy for his involvement in the group’s alleged plans. The Post also revealed that among Guldbrandsen’s footage was a clip of Rep. Matt Gaetz (R-Fla.) caught on a hot mic discussing with Stone — who was about to face trial on the obstruction charges — the likelihood that Trump would pardon Stone.

The Danish documentarian's crew also captured images of Stone using his cellphone, which showed contacts via an encrypted app with Proud Boys leader Enrique Tarrio and Oath Keepers leader Stewart Rhodes. Stone’s contacts within both far-right groups have come under scrutiny from the select committee and DOJ.

Notably, in the recent court-authorized search of Mar-a-Lago by federal investigators, the FBI indicated that it had recovered a document it dubbed “Executive Grant of Clemency re: Roger Jason Stone, Jr.”