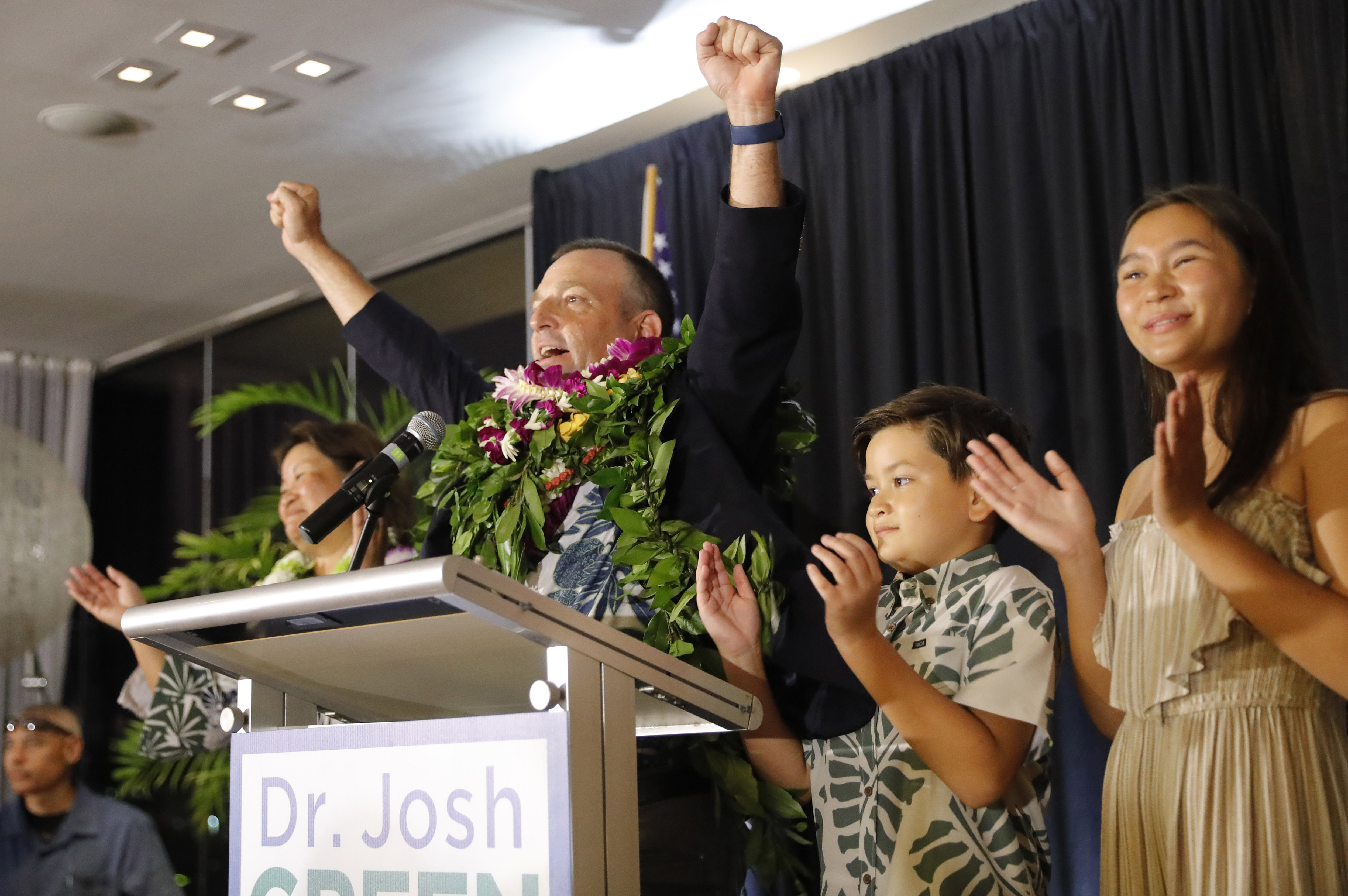 The favorites in both of Hawaii's major open primaries won easily in Saturday's contests, setting them up to be favorites in the general elections.

Lt. Gov. Josh Green won a majority of the votes in the crowded Democratic primary to succeed Gov. David Ige, a Democrat who could not run again due to term limits. Green defeated a field that included Vicky Cayetano, a former first lady of the state, and Rep. Kai Kahele, who ran for governor instead of running for reelection in the state's 2nd Congressional District.

Green will face Republican Duke Aiona, a former lieutenant governor who has previously run for governor several times, in the general election.

The Democratic primary to succeed Kahele in Congress, meanwhile, went to former state legislator Jill Tokuda, who took a majority of the vote over Patrick Branco in a contentious race. Outside groups including VoteVets, the Democratic veterans' group, poured money into the primary opposing Tokuda and backing Branco, a state representative. But Tokuda ran away with the Democratic nomination anyway.

She will face Republican Joe Akana in the general election for the House seat.