8 Notable Nonbinary SFF Books You Need to Check Out

Nonbinary SFF books are hard to come by. As a nonbinary person myself who reads a lot of science fiction and fantasy books for a living, there are just not many folks like myself in these genres. If there are, they are only relegated to the background as supporting characters. What’s worse is that these genres are also dominated by straight, white male authors.

Nonbinary characters are few and far between, and maybe it’s because of the complexity of this gender identity. In my queer journey, I’ve learned that being nonbinary means different things to every nonbinary person. Like, as for me, I feel different every day. Sometimes, I feel like a man. On some days, I feel more like a woman. Most of the time, I feel like something in between. What I feel inside changes every day, and I don’t want to get trapped by labels.

So you see, these gender identities — since nonbinary is an umbrella term — are not clear-cut, unlike the binary identities across the gender spectrum. And so it’s hard to find works that accurately and prominently feature nonbinary folks, much less in science fiction and fantasy genres. Luckily, there’s been some progress, albeit slow.

Below are eight excellent SFF books featuring nonbinary characters. In them, you’ll discover that nonbinary characters are diverse. You’ll find them in the vampire realm, in the space, in a war-torn world, in Chinese fiction, in a mythical place, and in a kingdom. 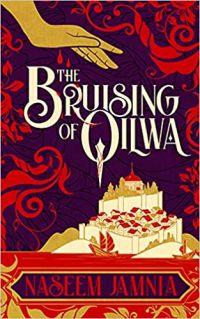 The Bruising of Qilwa by Naseem Jamnia

Nonbinary Firuz-e Jafari takes refuge to the Free Democratic City-State of Qilwa. In there, they take a job as the assistant healer of Kofi Nadifa. However, their past still haunts them. As a Sassanian, their blood is considered cursed — it’s blamed for the plague that now affects Qilwa. As the plague resurfaces and there’s an incident wherein they fail to heal their friend with their blood, they are blamed by Qilwa’s citizens.

This novella is timely and relevant as it’s related to the pandemic and the social unrest in the Middle East, where it’s based from. 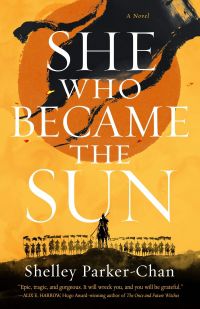 She Who Became the Sun by Shelley Parker-Chan

Set it China in 1345, the book follows a boy named Zhu Chongba, who is destined for greatness, and his unnamed sister, living in her brother’s shadow. However, a bandit suddenly attacks the siblings. Zhu Chongba dies, but his sister survives. To continue the legacy of his brother, the sister assumes his identity: she becomes the new Zhu Chongba.

She Who Became the Sun is Parker Chan’s debut. It is a Lambda Literary Award finalist. 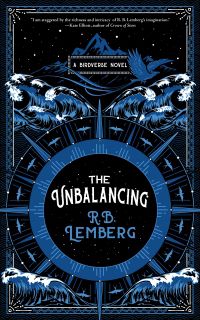 The Unbalancing by R.B. Lemberg (September 30)

The book is challenging to read as it’s so dense, but the premise is that both characters are trying to save their city from a star, which also needs some saving. The book also explores nonbinary gender identities, which makes it well worth a read. 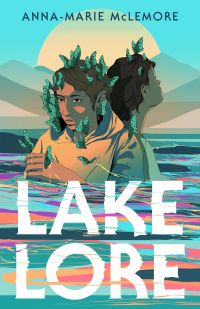 McLemore’s young adult novel is about two nonbinary, trans teens. It follows Mexican American Bastián Silvano and Lore Garcia as they discover a magical world under a lake. The lake is said to be half air and half water, and they have been there themselves.

Unfortunately, this clandestine world is going above the surface, and it’s up to the two friends to keep it a secret. The problem is that Bastián and Lore are estranged. 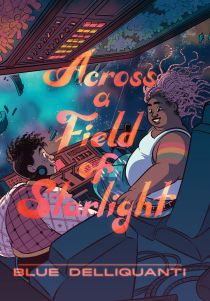 Across a Field of Starlight by Blue Delliquanti

This YA graphic novel features two nonbinary teens living in different solar systems. Set in a space war, Lu finds Fassen as the latter’s spaceship is attacked. Lu fixes the spaceship and leaves a communication channel open so that they would get in touch.

Both go separate ways for a long time. And then, Fassen escapes from their home planet, going straight to Lu’s. But their reunion is bittersweet.

This is a powerful story of friendship between two nonbinary persons. 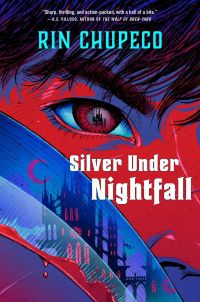 I thought I was tired of vampire tropes, but this one made me fall in love with them again. Remy — who may be nonbinary — is a vampire hunter who feels outcast by the Reapers, which he is a part of. In exchange for information for his vampire hunts, he sleeps with a noblewoman, the estranged wife of the Reaper’s leader.

Meanwhile, Zidan and Xioadan, a vampire couple, travel to the kingdom of Aluria to form a treaty. As mysterious attacks plague Aluria, the nobles enlist Remy’s vampire-hunting skills to counter them. And this starts the polyamorous relationship among the three. It’s so steamy! 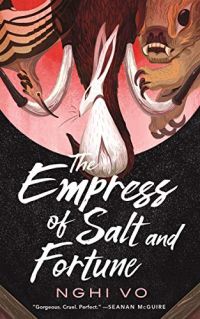 The Empress of Salt and Fortune by Nghi Vo

Vo’s debut revolves around the nonbinary cleric Chih. Chih sets out to an abandoned kingdom where they meet Rabbit, a servant. This Rabbit tells them stories about some Empress In-yo, an exiled noble.

The book is full of political intrigue. It has a complex plot, so it can be challenging to read at first, but it pays off. 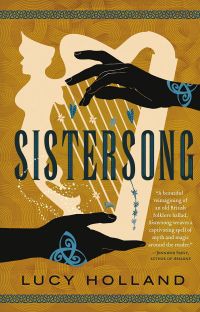 The book follows siblings Riva, Sinne, and Keyne (who is nonbinary) of the kingdom of Dumnonia. The three possess magical powers, but each has their own problems. As for Keyne, their gender identity is not being accepted in their kingdom, especially by their parents.

When an enigmatic and handsome soldier named Tristan arrives in Dumnonia, it puts them all in danger.

Sistersong is replete with intrigue and treachery, as the siblings fight with one other. Those who’ve read Circe and The Song of Achilles will love this.