10 of the Best Philosophy Books of the Last Decade

The power books can have on readers is undeniable, and the existence of bibliotherapy is an excellent example of how, often, books can help change lives.

I keep finding examples of the above, and one that keeps coming back to me is the study trajectory of an old colleague of mine. When he learned that I was Portuguese, he immediately mentioned Fernando Pessoa, one of Portugal’s most well-known writers and philosophers.

He was finishing his philosophy degree, and confided that the reason for deciding on this field was entirely due to the impact that The Book Of Disquiet had had on him. His final thesis was, in fact, about this book, and about Fernando Pessoa. He could have chosen any other degree, but reading that one book decided his whole academic path.

I always say I don’t read enough philosophy books, so in order to fill this gap in my reading repertoire, I went in search of the best philosophy books out there. The usual suspects include Aristotle or Nietzsche, books that contain wisdom that is, undoubtedly, still relevant today. However, I wanted newer knowledge, books containing a vision from those who are in the world right now, observing and talking about it as it is (and as it develops).

In the end, I narrowed it down to 10 titles among the best philosophy books from the last decade. Here they are. 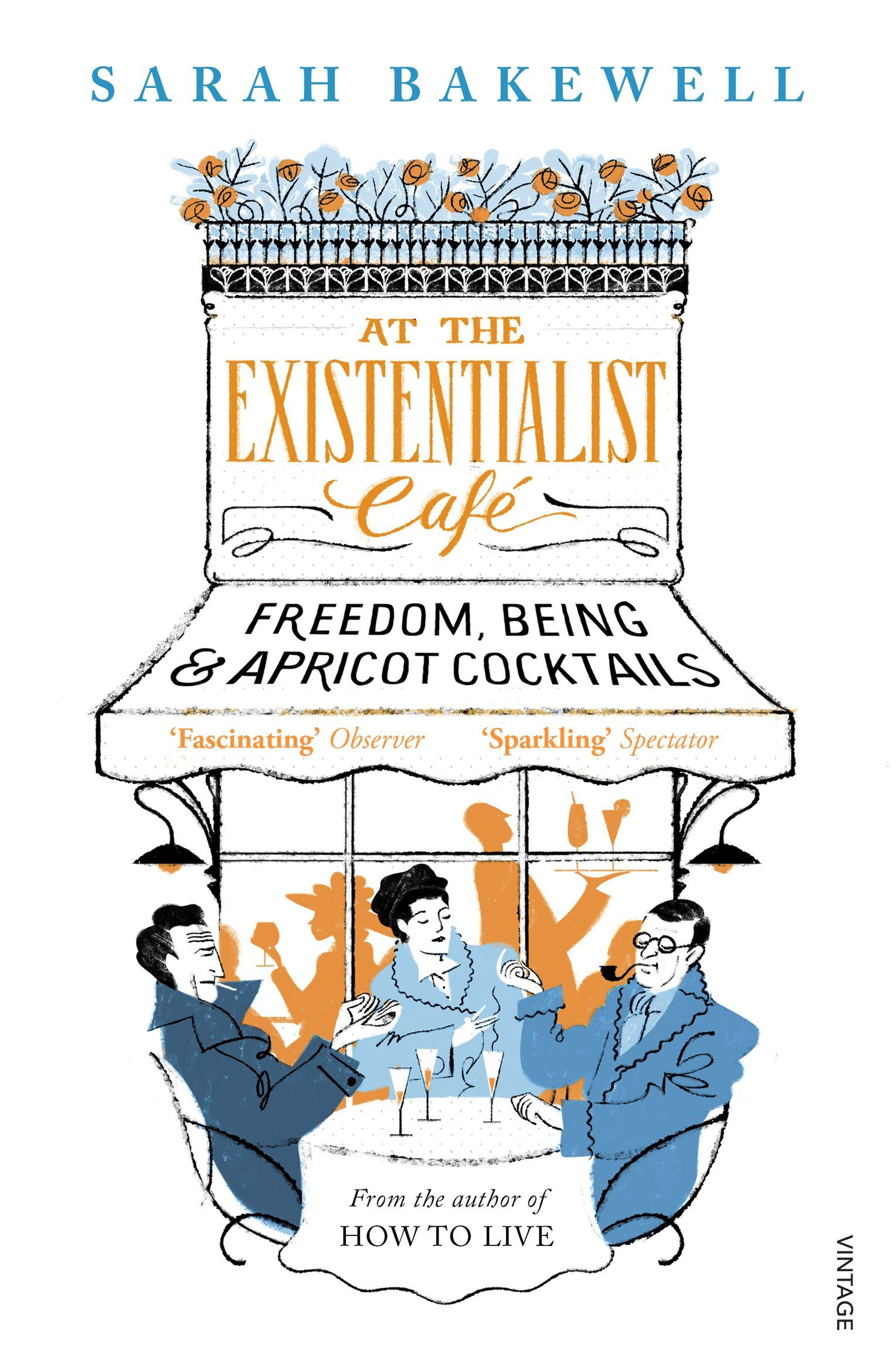 At The Existentialist Café by Sarah Bakewell

Philosophy doesn’t have to be difficult to read, and this book proves it.

Bringing up well-known ideas and works of philosophy and existentialism (like those of Jean-Paul Sartre and Simone de Beauvoir, among others), it does so in a manner that makes them more approachable and easier to understand.

At its core, the book talks exactly about what it says it does in the title, without pretensions, and in a way most readers will appreciate. 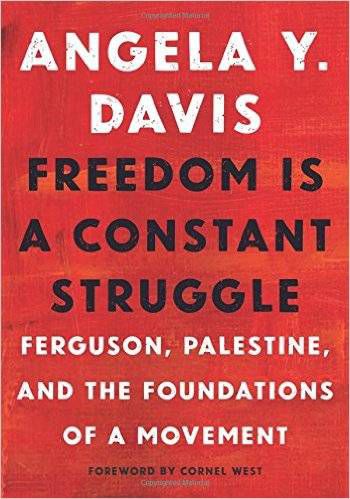 Freedom Is A Constant Struggle by Angela Y. Davis

Reflecting my preference for books that are not shy about incorporating social matters into their reflections, we start with one of the most important voices of the several last decades.

This book is composed of a collection of essays, interviews, and speeches, which bring up the importance of intersectionality and Black feminism.

While it is certainly a book about social issues, there are always a lot of philosophical stances to find in Davis’s work. 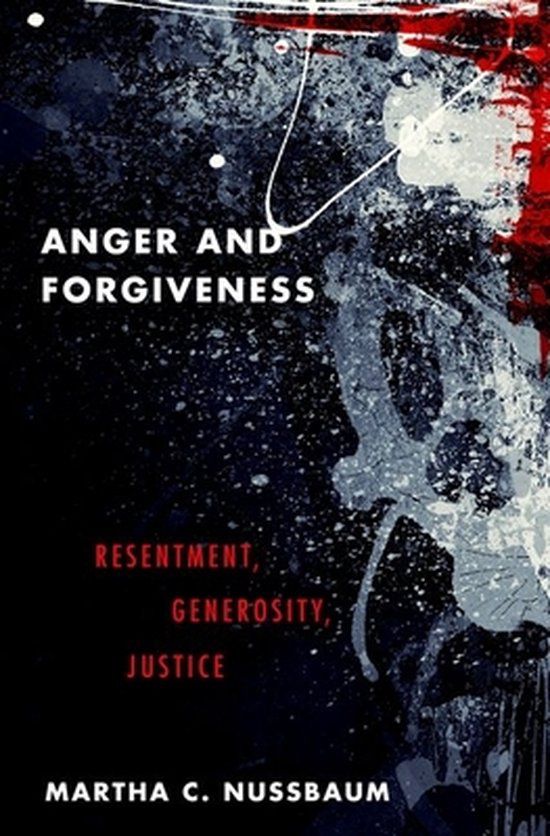 In this book, Nussbaum explores the exact two subjects in its title: anger and forgiveness.

Side by side, separately, but also in relation to each other, it picks up popular beliefs and deconstructs them in clever ways, without disregarding their core ideas and how certain personal (often religious) beliefs can influence the ways we view them both. 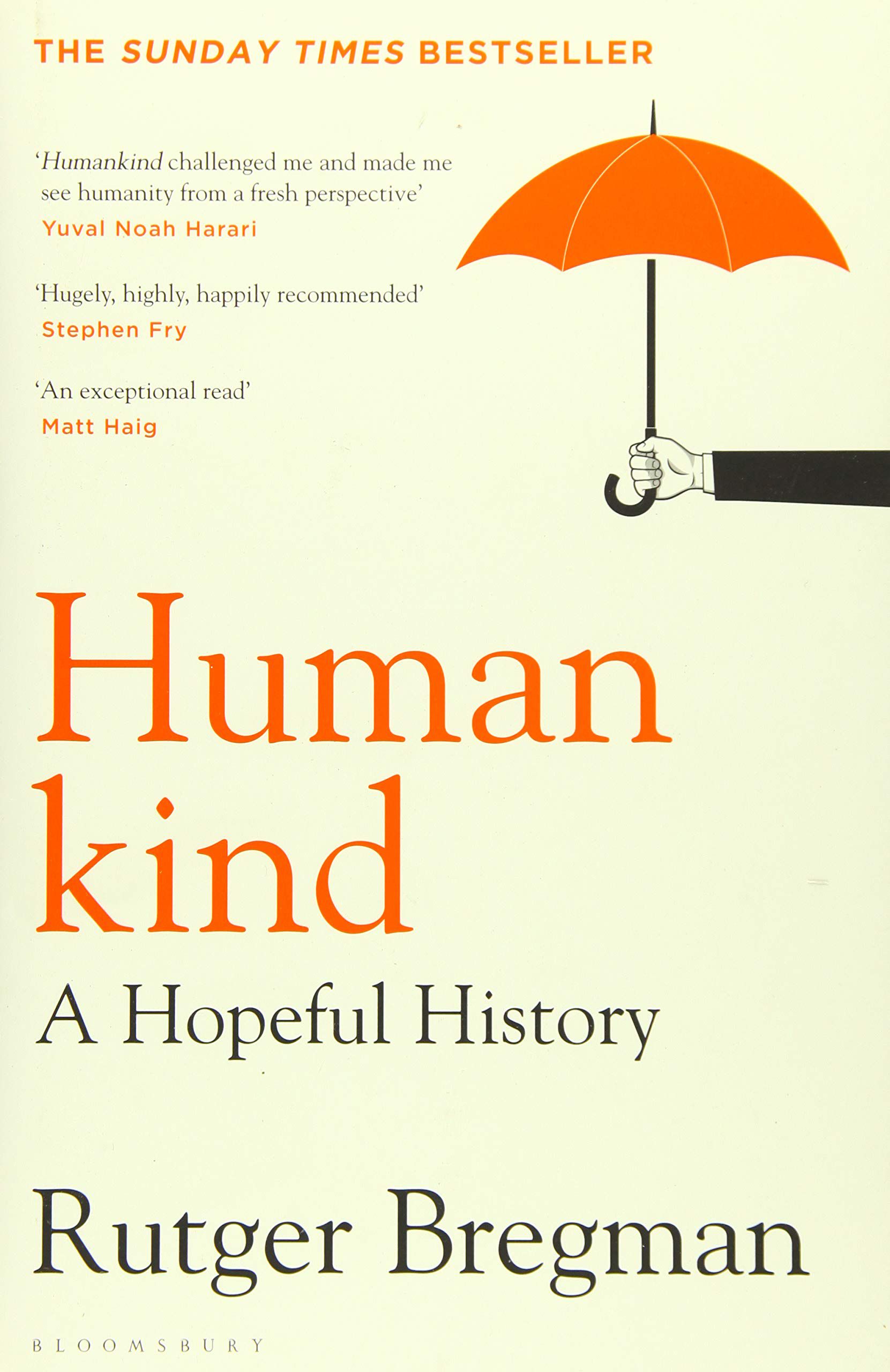 Bregman became well-known for his famous speech at Davos, and I love how his books have a layer of optimism all over them.

Humankind is really just a word-play on what this book entails: that humans are — at its core and in its majority, and despite the horrors we see in the media daily — mostly kind. 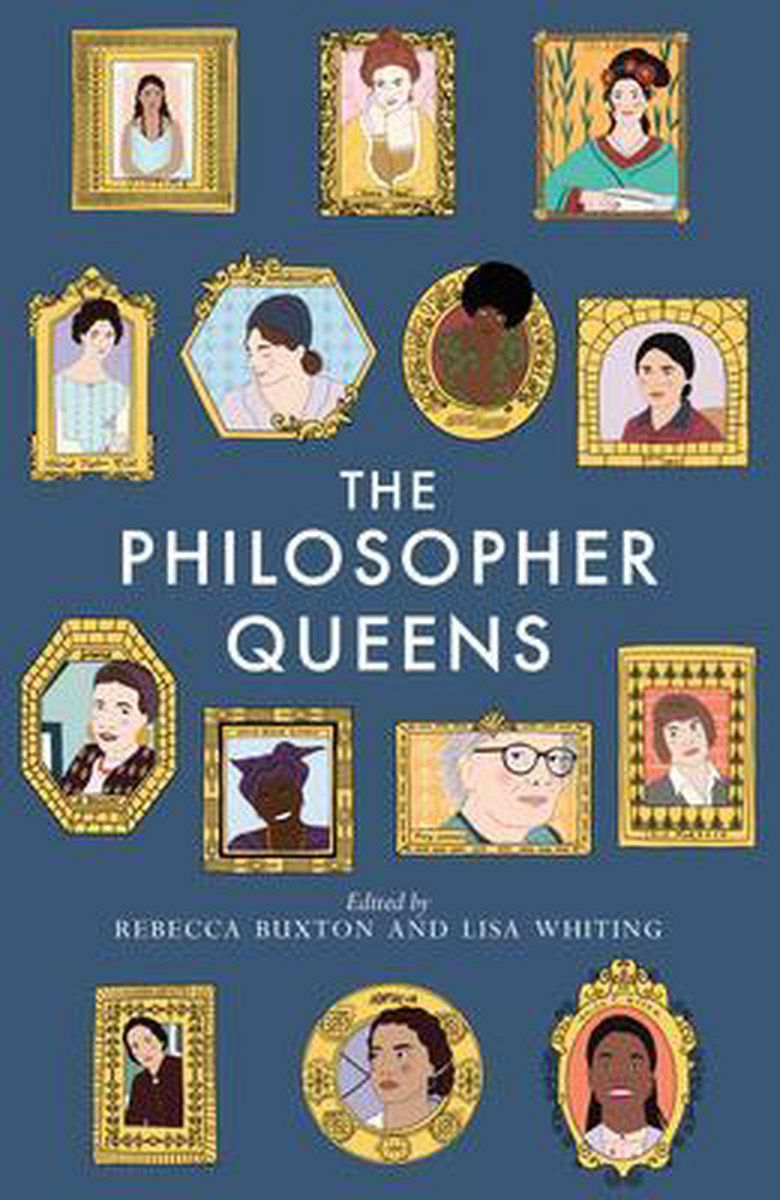 The Philosopher Queens: The Lives and Legacies of Philosophy’s Unsung Women by Rebecca Buxton and Lisa Whiting

When asked to say by heart the names of some philosophers, most people will reply with the last name of several white men. But women — and women of colour in particular — were and continue to be great thinkers and great philosophers.

This book offers space to those women who are constantly being forgotten in the lists of the most influential philosophers, portraying the lives and works of these women and their role within this discipline. 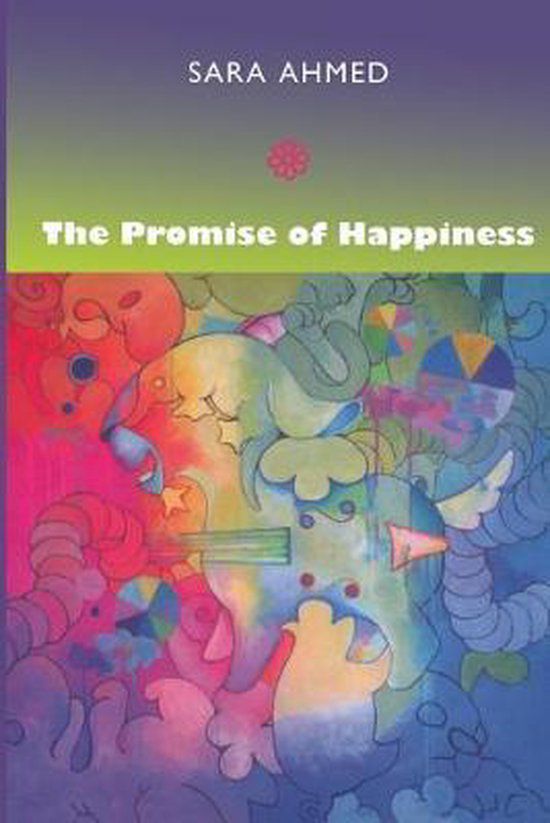 The Promise Of Happiness by Sara Ahmed

There is such pressure on human beings to be happy, and Ahmed explores exactly this in her book.

Combining philosophy and feminist cultural studies, the author brings up historical accounts, pointing out how humanity’s constant search for happiness has been so intertwined with the justification of oppressing others socially. 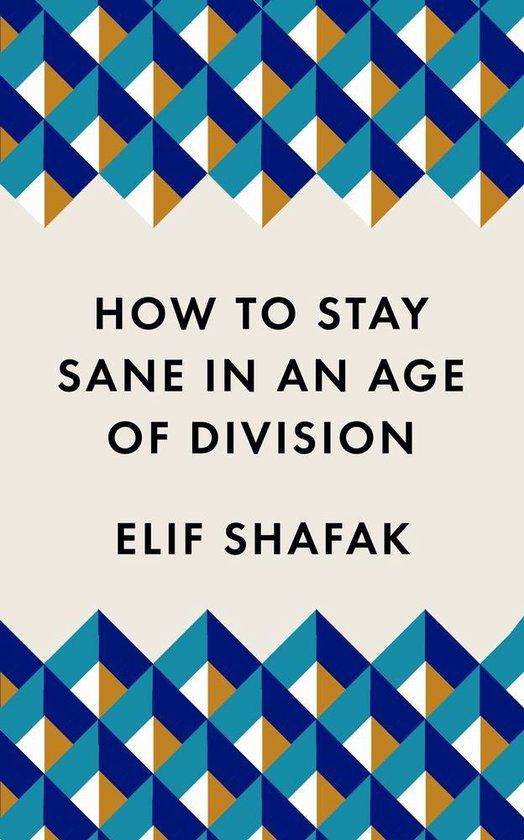 Who says small books can’t contain a lot of knowledge?

In this essay, Shafak manages to include a lot of wisdom and themes, using her incredible power as a storyteller to talk about conscious optimism, bringing up the ailments we experience as human beings living in society, such as injustice, suffering, and the overpowering feeling of anxiety.

This is a must-read book in a tiny size. 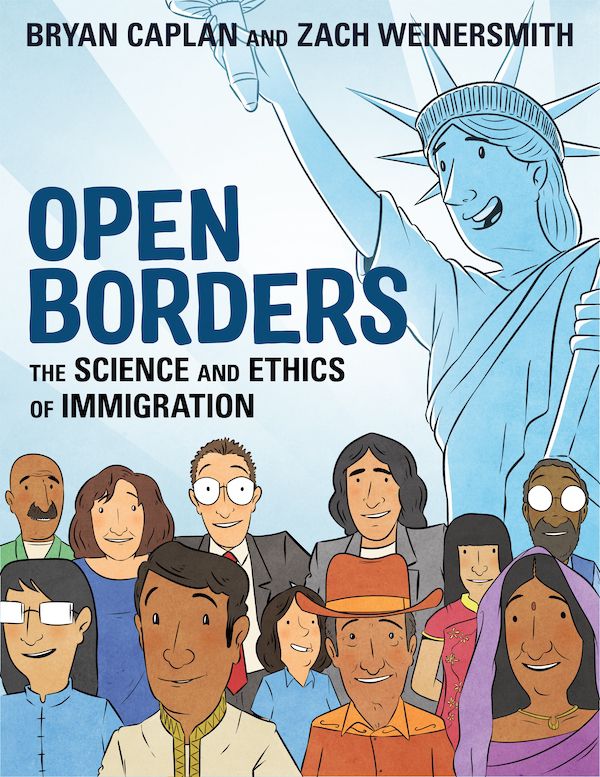 Open Borders: The Science and Ethics of Immigration by Bryan Caplan, illustrated by Zach Weinersmith

Being an immigrant myself, I am interested in studies about immigration, and this book offers an excellent look into the myths surrounding immigration, while at the same time debunking them.

The writing is clear, and the research is extensive, from the point of view of an economist — which is an important take since so many of the myths around immigration are focused on the so-called economic pressure it puts on countries.

This one is even illustrated, which in my opinion makes for an even more interesting read. 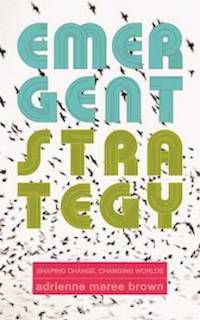 This book takes a lot of inspiration from Octavia Butler’s writing and her explorations of how human beings react to change. It guides us across change, inviting us to accept and work with it, rather than fighting against it.

Based at the same time in science and in science fiction, there is a lot to learn from it as we travel from challenge to challenge during our lifetime. 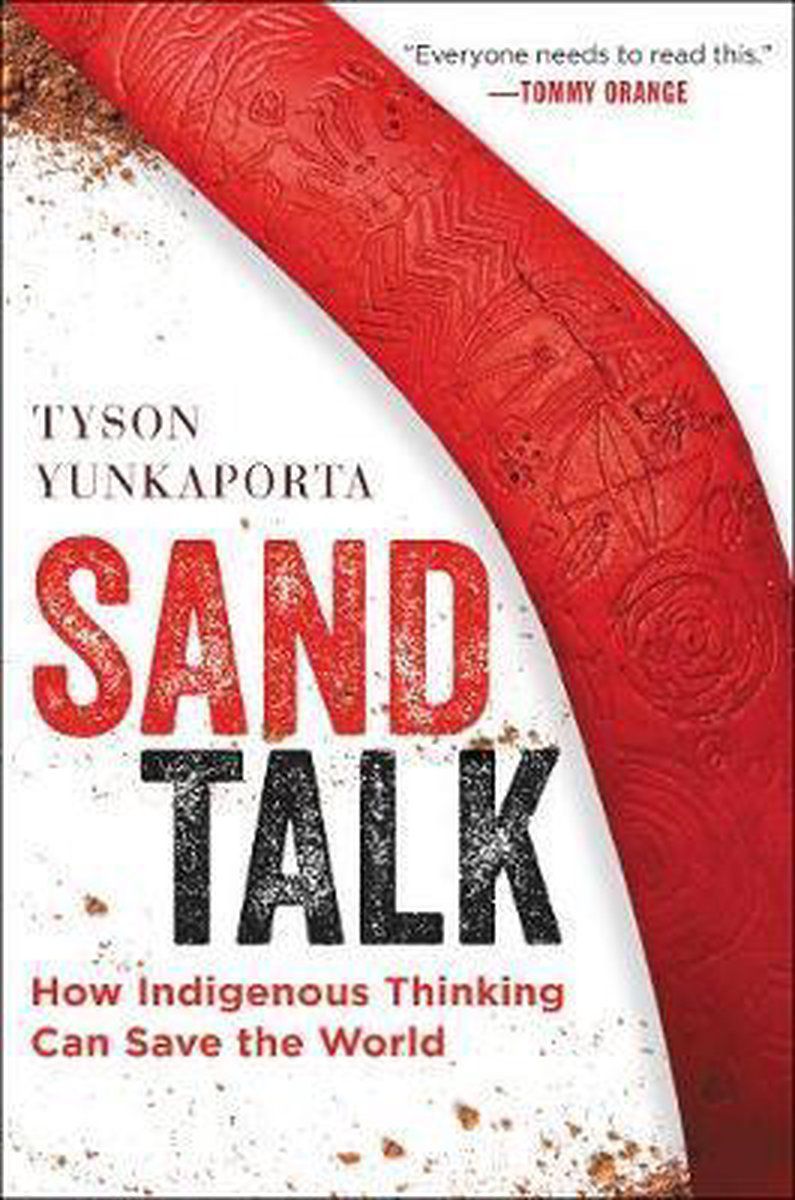 Sand Talk: How Indigenous Thinking Can Save the World by Tyson Yunkaporta

This book tackles so many subjects, big and small, from evolution to cooking.

The major teaching it offers comes from an Indigenous perspective looking at global systems.

I always love books that teach us different perspectives, and this is why Sand Talk is such an inspired work of philosophy.

Some books on this list are not strictly set under the philosophy label, but they certainly have enough philosophy themes in them to be considered for the genre. Furthermore, I wanted to create a diverse reading list for those looking for more recent reads, books that explore issues that older (and mostly white and male) works of literature haven’t thought to consider.

I hope you find in these books the same inspiration which has made them into some of the most read and recommended philosophy books of the last decade.